I Remember My First Time 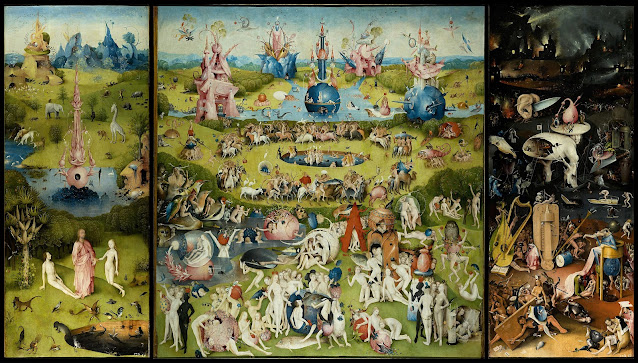 I recently had a very novel experience running a game that I think has some potential that ought to be explored. Maybe someone out there has done this sort of thing and would like to share. It's a weird one.
Not too long ago, I was flattered to be asked by W.F. Smith (of Prismatic Wasteland fame) to do some playtesting for his upcoming crowd-funded adventure "zine," Barkeep on the Borderlands. The premise is simple: 200 years after the famous Keep on the Borderlands adventure from the TSR era of D&D, long after the Caves of Chaos have been cleared out by adventurers, the keep has grown into a large, bustling, cosmopolitan community. Its present-day culture and institutions of power are colored by the long history of consequences from that legendary adventure, and now your 21st-century players are invited to partake in one of the all-time great traditions celebrating that legend: six days of non-stop carousing in the Raves of Chaos. It's a barcrawl adventure with a hand-crafted town populated with lots of fun NPCs, factions, plot hooks, and 20 fully-detailed pubs.
I playtested it with three separate groups across 4 sessions, getting about 20 hours of experience running this adventure in total. I am happy to report that it was a great success, much fun was had, and valuable feedback was gained and incorporated. I recently gave high praise to one of Smith's previous, smaller adventures, and I myself originally backed the Kickstarter for Barkeep simply as a fan, not having yet really met him. Well before moving on to the main subject of this post, I'll go ahead and give a quick two thumbs up review. This adventure is dripping with that special sauce you want. I wasn't compensated in any way, save for the privilege of getting to play this adventure before anyone else on Earth. Here's a link to pre-order a copy.
But there was one pub my players went to that was a bit different.
Read more »
Posted by Dwiz at 11:23 AM 4 comments:

Product Identity? In MY Monsters? 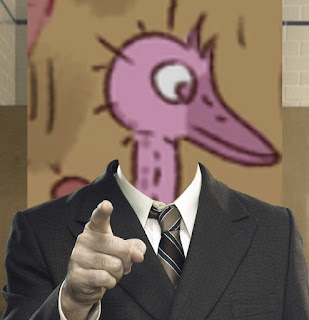 It's more likely than you think.

Notorious bird Prismatic Wasteland is up to his antics again trying to get decent, law-abiding folks to weasel their way around legal trouble, and I'm here to help.

I put together a similar list a while back and I figure it's worth sharing.

First, More Names for the Monsters He Covered

Personally, the name I'm using is an Oculus.

...Just... just get rid of the Orientalism, they'll be fine. Really.

I offer to you: Nagendra (Reaper Minis), Librarians (Zak S), and... that's all I could find. Really disappointed to see how many companies just go with "snake men" or "snake folk" for these guys.
Now, For Some Other Monsters
Bullywugs: Gullygugs (Old School Essentials), Boggards (Pathfinder), Squogs (Reaper Minis), Boglings (Greg Gillespie's adventures), and one of my own, Croaks.
Kuo-Toa: Deep Ones (Lovecraft, and seemingly the "default" name instead of "fish-folk" or something terrible), Dagonites (Otherworld Minis), Dagathonan (Dark Sword Minis), Pelagic (Darkest Dungeon).
Myconid (which isn't actually protected, but people like coming up with alternate names): Shrooman (Dungeon Crawl Classics), Funginids (Veins of the Earth), Fungoids (Reaper Minis), Sporling (Fantasy Craft), Mycelian (Old School Essentials).
Personally, what I really need is a good-sounding generic word for "bug-person." Can't (and don't want to) use "Thri-Kreen" or "Formian" from D&D, and everything else I've heard was way too setting-specific or bug-specific. What do y'all got?
-Dwiz
Posted by Dwiz at 6:54 PM 15 comments:

Not All Balance is the Same

This is a spiritual sequel to a previous post about crunch. Everyone uses the word "balance" in reference to something in RPGs but they frequently use it to refer to different things. Sometimes completely unrelated things. And yet it's become intensely emotionally-charged despite being, essentially, a non-word.

So while you very likely have strong opinions about this word, it might be useful to take a closer look. In this article, I'm going to examine six ways that the word "balance" commonly comes up when discussing RPGs, and why it's important to recognize that they are indeed distinct.

As usual, I will mostly be making reference to ol' D&D as my primary example, but don't mistake that for meaning that this only carries relevance to D&D alone. All kinds of gaming philosophies might benefit from a little bit of thought about these six different meanings for the word "balance," even if there are some that you can safely dismiss. So yeah, balance matters to other crunchy games like GURPS and Lancer and Genesys-system stuff of course, but it can also come up in your rules-lite games, story games, FKR games, lyric games, and so on. If you want to design a Star Wars game and you aren't sure about how to handle the Force, or if you're going to be running a Call and/or Trail of Cthulhu and are crafting a mystery for your investigators, or you're making a random mutation table for a Mothership adventure you're writing, then there's likely something in this post that you should be thinking about. It just might never have occurred to you before because you're only ever thinking of one possible definition out of many. 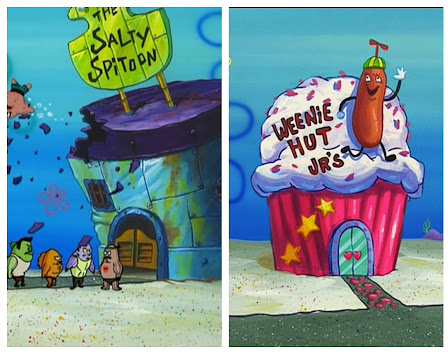 I have a hypothesis: Wizards of the Coast's 5E adventures are for fucking weenies.

I know, it's a tall claim to make. Let's prove this through rigorous scientific analysis.

[Okay, in all seriousness, I recognize that I'm really preaching to the choir here. But use this article for 1) knowing how not to write dope adventures, and 2) explaining to your friends who are squares what the difference is between dope adventures and mayonnaise adventures.]

The principal variables I want to examine are villains and conflict. They reveal a lot about a designer's sensibilities towards what's cool. Because as we all know, the bad guys are always cooler than the good guys.

You Suck at Keeping your One-Offs as One-Offs

Okay I'm sure that isn't true of all of you. But statistically speaking, it's probably true of you. Because I have never once met another GM who can run a game they say will be a one-shot and then actually finish it within a single session.
I have gotten pretty good at it, though. Pretty good. I still fail now and then. But I'm usually able to pull it off.
Here's my advice:
-Dwiz
Posted by Dwiz at 1:08 PM 1 comment:

TL;DR: here's a link to a rough draft procedure I've made for hacking gameplay

[INTRUSION DETECTED: EPIC HAX0R AVA WAS HERE]
Today I will once again be speaking confidently on a subject about which I am unqualified to discuss.

I've been thinking about hacking a lot lately. Not "hacking" like hacking a rules system. Not even "hacking" like "exploratory programming." I'm specifically talking about our favorite x-tremely kool 90's heroes who save the world by breaching computer security (and occasionally rollerblading). It's a well-known challenge of game design.

I have never actually played a cyberpunk RPG like Shadowrun or... Cyberpunk. Hacking was in Star Wars: Saga Edition but I kinda bullshitted (bullshat?) my way through those parts because I was like 16 when I ran that game. But I have read lots of different hacking rules and I've read lots of other people discussing their experiences using them, and these are my takeaways for the most common problems:

This is really tricky because the easiest way to integrate hacking would just be to tell the players "make a hacking roll" whenever they want to cheese a device, but then there'll be a player at your table who wants to be the hacker, and they need something more in-depth in order to fulfill their fantasy.
So I have some thoughts about how to address this. Partly, this results in me creating my own loose ruleset for hacking gameplay. But also, think of this more as guidelines for how to create your own rules based on your personal design philosophy and priorities. I'm here to spotlight for you the kinds of important questions you'd want to ask and answer if you tackled this yourself. Especially the questions that'll help you avoid the kinds of mistakes that lead to something as unpopular as Shadowrun's hacking rules.
Also, prepare for some semantic satiation.
Read more »
Posted by Dwiz at 1:40 AM 6 comments: