This isn't anything concrete, it's just stuff I've been swishing around in my mouth for a bit now.

I've been thinking of posting an article about "freeform mechanics" in RPGs, and I still might. But the basic idea is "resolving stuff in the game using your imagination and judgement rather than actual rules or mechanics," but, like, to the extreme. Like, say, maybe you want to run a war between two armies. On one end of the spectrum, you'd have a military simulation board game that defines each of your assets and unit types and whatever kinds of fictional resources you spend like "action points" or something, and it has a list of moves you can take and blablabla. Nothing freeform about it. On the other end of the spectrum, you'd ask the players to describe what they command their army to do. Just, like, from their creative thinking skills. Intimidating, right? But liberating. Exciting.

[EDIT: I was provided the source for this story so I'm re-writing this chunk to be accurate]

I've been reading a truly ridiculous amount of literature on the subject and I want to share this anecdote from Gundobad Games:

My favorite example so far: from Tony Bath's old Hyboria campaign - one player was concerned about a potential rival's construction of a naval fleet, but didn't want to openly provoke hostilities. So he asked Bath whether he could arrange an 'accident' - merchant ships sinking [scuttling!] right at the mouth of the rival's harbor, blocking their port for the near future! Bath agreed, came up with a range of likely results, and then rolled the dice...

I love that. I love the freeform potential of RPGs and I keep finding myself drawn to that direction of design. But it's a double-edged sword. Because of the "tyranny of the blank canvas," many players find freeform gaming to be really unintuitive. When you ask them what they want to do, they don't have an answer. They're more comfortable if you give them options to pick from.

So here's something I've found in the middle that I'm working with and I'd like to share. I'm going to give three examples that illustrative something like what I'm approaching. These are all examples of "freeform but with a little bit of structure, just, like, for help." 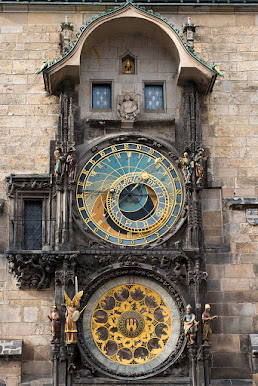 For a long time I've toyed around with the idea of "abstract time" mechanics. While I'm sure it's been done before, I don't believe I've ever personally seen it fully embraced in any game I've read. See, a lot of people hold Gary Gygax's advice in high regard, and among his most frequently lauded declarations is the following paragraph from the AD&D Dungeon Master’s Guide (page 37):

“Game time is of utmost importance. Failure to keep careful track of time expenditure by player characters will result in many anomalies in the game. The stricture of time is what makes recovery of hit points meaningful. Likewise, the time spent adventuring in wilderness areas removes concerned characters from their bases of operations – be they rented chambers or battlemented strongholds. Certainly the most important time strictures pertains to the manufacturing of magic items, for during the period of such activity no adventuring can be done. Time is also considered in gaining levels and learning new languages and more. All of these demands upon game time force choices upon player characters and likewise number their days of game life…YOU CAN NOT HAVE A MEANINGFUL CAMPAIGN IF STRICT TIME RECORDS ARE NOT KEPT.”

It is equally well-known that most people utterly fail to adhere to this advice. It is incredibly rare that DMs implement tools like calendars in their game and maintain it carefully. Many DMs advocate and understand the value of doing things to make the consumption of time meaningful and to keep the world alive with ongoing events and other things that reinforce verisimilitude. But, like, it's hard. Bookkeeping sucks.

Hence, the search for something that achieves the function of time passing but without needing to meticulously track it. Most attempts I've seen at something like this involve rolling dice to determine passage of time, and I'll be following that lead. What follows is my first effort stab at this.