I'm running a new 5E campaign in quarantine, and I'm trying not to get ahead of myself. But I'm also finally reading Matt Colville's Strongholds and Followers and I'm pleasantly surprised. It's very tempting to go all in and use. Demesne/domain level play is something I've always really wanted to try but I've never had the chance. I've never played more than a session or two of the oldest D&D editions (back when demesne play was just an assumption of the game) and even then, only as a low-level murderhobo. I've read some of the rules for getting castles and whatnot from BECMI and I'm not crazy about the old system. But the idea is really cool to me.

Actually, just doing a lot more downtime play is something I want a good experience trying. I think in my mind, it is one of the biggest elements that makes me really think of a game as a "campaign" rather than a bunch of one-shots strung together. I do, after all, basically just play a bunch of mostly-unrelated miniseries of dungeoncrawls and mysteries. I've never fleshed out a sandbox world that my players have the freedom to invest in easily. One of the things that makes downtime play really sing is a well-realized world full of potential. I tend to design isolated scenarios, but for a player to feel inspired to delve into the world and start moving mountains and making their impact feel real, they need a place that's got some jen-yu-wiiine verisimilitude.

This has been one of my design goals for Brave, and so far it's going fantastic. But I even want to try it for 5E as well. Like, I might even be able to trick my players into liking the Forgotten Realms if they get really invested. So read on for some bizarre ideas about how I might achieve this.

Bugbears that Go Bump in the Night

I never liked Bugbears much. Always loved Goblins and I long ago fleshed out Hobgoblins into something I was so happy with they became one of my favorite races. But Bugbears didn't do it for me.

One visual re-skin later and now I love them. This does not fundamentally change much about them or their lore, but I think it "clicks" with me better now. Here are some images of Bugbears as they appear in my setting: 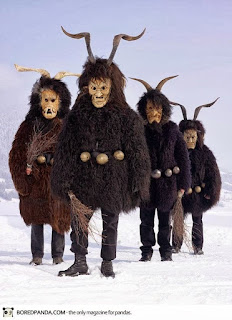 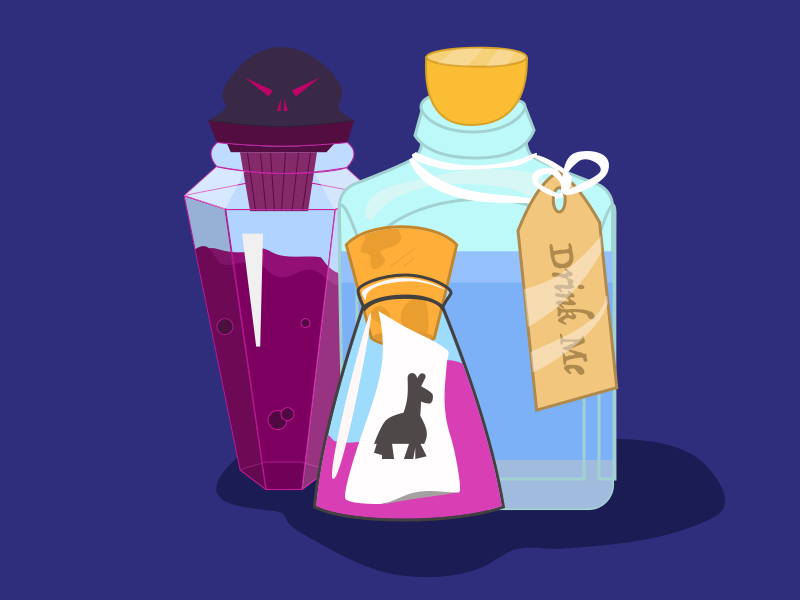 Here's a small one you can steal. It's going in the next draft of Brave but works great as a standalone homebrew. This is inspired by something Patrick Stuart once spitballed in (I believe) an interview I saw/read at some point. I've worked out the kinks and then fleshed it out further.

Characters can get intoxicated to temporarily adjust their stats. A character drinking alcohol loses an amount of WIS and gains HP equal to Xd6 - CON, where X is the number of drinks they have. If they reach 0 WIS, they become poisoned and have disadvantage on all checks. Every point of negative WIS incurred also gains one level of exhaustion. Characters sober up at a rate of 1 hour per WIS point regained/bonus HP lost. If sobering up reduces your HP below 0, you pass out and gain exhaustion.

Example: You drink 3 bottles of ale and have a +2 CON bonus. You roll 3d6 and get 1, 5, and 6. 1+5+6-2 = 10. You gain 10 HP and subtract 10 from your WIS.
These mechanics can apply to other potables as well! While “pure” potions and poisons exist, many consumable items instead have a tradeoff. Different items that affect the same stats will stack. Potables with this tradeoff are usually listed with the notation of “stat gained/stat lost” with their ratio.

Example: Alcohol is listed as: HP+1/WIS-1. This means that for every temporary hit point gained, a point of Wisdom is lost.

Medieval cities were very small. Like, even the really big ones were small. Something that makes it tricky to research is that "size" of urban areas is almost universally measured in population (which for the vast majority of anyone's purposes is a lot more useful) but I am deeply interested in "size" as measured by actual physical area. I think it's important to making maps, and I like using maps when running adventures in urban areas. Not for most activities. It doesn't matter for shopping or carousing or even investigating, for the most part. Or it doesn't have to. But what if you have a battle happening in the city? It's being attacked, raided, besieged, whatever. Mapping out the specific parts that have been taken is useful. And even those other activities can be enhanced by map elements. I like using tables of random encounters and locations the PCs would run into, but being able to divide them by district or neighborhood or whatever would break it up some and give the city as a whole a better sense of identity.