I've now written three articles about some of the main races in my homebrew setting without ever having intentionally set out to make a series like that. One day I just wanted to compile a bunch of my weird notes on dwarves in one place and share them. Then with gnomes. Then with halflings. And even when it had occurred to me that I have a series on my hands, I still think I was never intending to write a post on elves, because...

Like, gnomes and halflings both need work done if you want them to be interesting. Even sticking to the vanilla versions is still lesser than what you get with off-the-shelf elves. Dwarves have lots of lore but it's infamous for being cliché, so revisiting it and doing something fresh justifies itself. But elves? Elves get nothing but attention. They often have too much lore. Wasting more ink on them is an injustice and disservice to the other fantasy races. To other fantasy ideas. Elves are the most thoroughly fleshed-out and experimented with idea in nearly all fantasy fiction. Just look at the TV Tropes article. How the fuck do you get this much mileage out of one idea? How does D&D manage to always, inevitably have a million elven sub races in each edition even as they avoid that mistake with other races?

The thing is, we could try to have the conversation of "what is the elf, at its core?" Analyzing fantasy ideas often means reducing them to their most vital components, the thing that makes an elf an elf no matter what else you change. And when people have that conversation, they usually arrive at something like, "fancy, graceful humans with pointy ears and whatever other traits we culturally idealize (beauty, longevity, skill, knowledge, pale skin, starlight eyes, etc.)." If that doesn't do it for you, here's a way to avoid a debate: not everyone exactly agrees on what an elf is, but most people agree that David Bowie seemed to be more elf than human, which I would say is a solid rule of thumb to operate on.

But there is inevitably a conversation after that one. Because while most elves check off most items in that definition, they all have more going on. Even the original Norse elves or Tolkien's elves. So the next question is, "having now understood what elves fundamentally are, how do you expand on that to make them your own?" This is where the interesting conversations take place. Where you get cool and novel elves from.

Me? I want to have the next conversation. And I specifically want to ask, "what should we take away from Tolkien and early D&D's answers to the previous question? What did we take for granted as classic elf tropes that really do have some potency?" Hence, reconstructing the classic elf. Not exactly as it was before, but at least giving those classic tropes another look. Kiel Chenier has really creative and cool homebrew elves that are a perfect example of not the kind of thing I'm talking about today. No one would question that Warcraft's Night Elves are a fucking rad take on elves, as with the Elder Scrolls's bizarre elves and metal Dark Sun elves and so on. But none of those are classic elves, and most fantasy creators don't really consider just going with classic elves. But as long as we're trying our own hand at writing our own elves, I want to take a moment to explore this direction. 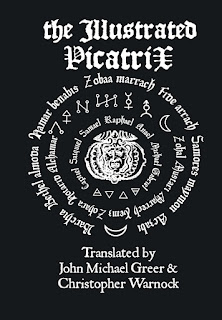 Seriously, is there anything that epitomizes pure nerdiness more than designing magic systems? Part of me feels like I seriously wouldn't mind playing fantasy dungeoncrawl RPGs with absolutely no magic for eternity.

But I also love wizards, dammit.

Okay, I assure that what follows will not be lame and cliched. No "elemental spheres of magic + soul + positive + negative + whatever other stupid word" diagrams. I don't want to pick on anyone specifically because worldbuilding is very personal to people and it can be difficult to open up and share. But just go on reddit.com/r/worldbuilding and search "magic system" and you'll see plenty of examples of the kind of diagram I'm talking about. I will not abide such rampant nerdiness.

The logic of my system that follows is mostly a response to issues with the conventional D&D magic system and inspiration from Necropraxis's Wonders & Wickedness and Marvels & Malisons. The basic goal is to open up possibilities and begin allowing for far more, zanier ideas about what can constitute a "school" of magic. 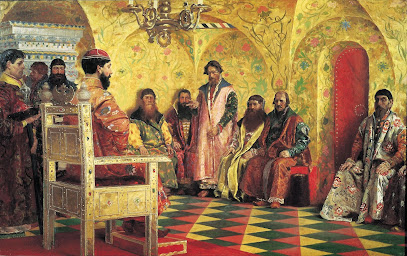 Return to part 1
I spent a lot of time trying to define two separate styles of gameplay, for the purpose of elucidating one of them to you. But I want to stress that I like to mix the two styles. I have created many tools for campaign-level play, but there are locations on my world map that are big plot-heavy adventures. I warn the players ahead of time. They see “Castle Ravenloft” on the map and they know that if they choose to go there, they’re initiating an adventure module that they’ll be kind of locked into for a decent number of sessions. That’s okay. A lot of players really like being taken on the rollercoaster ride of an awesome story you've prepared, so don't be afraid to trade places for who's driving the campaign at different times. The extent to which you do player-driven action versus DM-driven action is up to you, and it's important to figure out your preference because it determines the prep workload you create for yourself as the DM. All those tools I talked about last time are probably things you'd need to make before the campaign, and it'll be a waste of your time if you don't then tell the players "take advantage of this stuff and base your decisions off of it."
Let's say you decide you want to include all the moving pieces, but you might not be sure how to start. So the question is, if you want to use these structures of campaign-level play, then how and when do you incorporate them?
Read more »
Posted by Dwiz at 5:15 PM No comments: 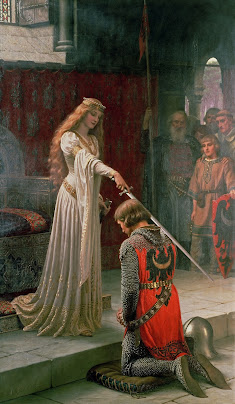 Return to part 1
So I've described a level of gameplay where the PCs are in a position to do all kinds of ambitious activities that can be resolved without needing to spend time walking through each step, moment-by-moment on a small scale. That you can safely assume the player can accomplish these tasks without needing to throw them into a dungeoncrawl first. There can definitely be obstacles, for sure. You don't have to just say, "yes, that works exactly as you wanted it to" for everything they ask to do. But recognizing a level of decision-making that tends to happen on the scale of days, weeks, or months is something that players can greatly enjoy taking advantage of.

Many groups dabble with this in some forms. For example, here are some subjects of gameplay that lend themselves well to this: economics, politics, war, and maybe espionage. Notice that these are the types of things you do in board games a lot. But you could totally have something like construction, conservation projects, running a business but focusing on the non-financial parts (e.g. running an opera house and managing the actors, the playwright, the stage production, etc.), going through religious rituals and sacraments, forming relationships, and so on.

While plenty of people have made downtime mechanics, and plenty of others recognize the fun of this sort of thing, it’s very rare that I find games that actually equip the DM to run this. There have been resources and websites like Obsidian Portal or World Anvil that cover a lot of what I'm about to describe, but most groups don't realize how to take advantage of the potential. All too often, these are treated as resources for the DM rather than the party. So I'm sorry 5th Edition, it's not enough to create an inflexible minigame for every specific "downtime activity" that occurs to you. The only way you'll ever achieve a true player-driven sandbox campaign is by letting their imaginations drive the car and merely providing the fuel and tools to guide that.

So lets talk about the fuel and tools.

Return to part 1
Last time, I introduced the idea of "campaign-level play," where activity is conducted on a larger scale than the moment-to-moment action of high-intensity scenes, but also as a space for players to drive the story themselves rather than respond to a story offered by the DM. I began explaining some of the ways that RPG products and DMs will toy with this playstyle, but concluded by introducing (through Matt Colville) a pretty unintuitive approach that I think has a lot of potential. To build on that, I'm dedicated an entire article to an adjacent form of play that I think we have a lot to learn from.
Read more »
Posted by Dwiz at 11:44 AM No comments: