Fumbles Can Be Great if you Just Make the Perfect Rule 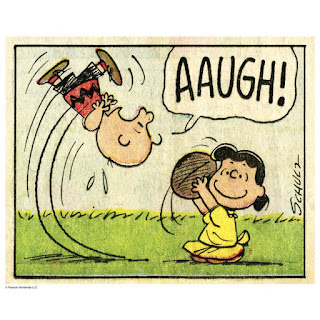 I have done this. I have made the perfect fumble houserule.

And no, fumbles are not "inherently bad" and unfix-able by nature. I did it. I made them good.

We need to stick to our design principles. You know how much I like a well-thought-out houserule. So, if people have come up with houserules for fumbling attack rolls, there must be a reason they did it. What drew them to it? The first question when you are modifying the existing rules is...

The usual logic goes: if critical successes are a thing, why not critical failures? If you can have a 5% chance to whoop some ass, why not an equal chance to fail? Doesn't that kind of chaos add a little bit of crazy fun? Simple enough, right?

Disclaimer: although this is an RPG blog, I might occasionally write on something off-topic. It will probably always be RPG-adjacent, though. In this case, I’m writing about a concept in fantasy storytelling of all kinds.

Semantics
Firstly, I want to get on the same page about how we use an important word: MAGIC. I think we’ve gotten into a habit of treating it as synonymous with “fantasy.” Like, “fantastic” = “magical,” e.g. something like a unicorn that we could call a “fantastic creature” could also be called a “magical creature.” This isn’t a wrong way to use the word, but it’s distinguishable from another way that I feel used to be more common. An older definition that was more limited and yet nuanced.

Fantasy is anything impossible in reality but possible through the imagination. So all magic is fantastic. BUT...

Magic itself is an activity. It’s something that people learn and do. Magic is performed. Not all fantasy is magic. A floating continent in the sky isn’t magic. Unless it’s floating because someone cast a spell to make it do that.

Email ThisBlogThis!Share to TwitterShare to FacebookShare to Pinterest
Labels: Non-RPG

The Case for Character Specialization 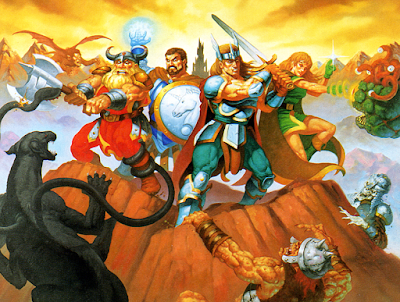 This is a bit weird coming from me because my favorite D&D class is the Bard, the archetypal Jack-of-All-Trades option. Then again, I’m almost never actually a player, so that may speak for itself. Yes, I think there’s something quite valuable to be found when characters are each pretty darn specialized to certain tasks and abilities. Instead of versatile characters or versatile mechanics, having player characters grow into each their own mold does more to foster teamwork than anything else you can implement at the table.