The original Knave ruleset is a 7 page document. The current "latest draft" of Brave on the sidebar of this blog is 10 pages. I already know the final version will be expanding at least a little bit more. Part of the wonderful thing about Knave is how short it is. Players used to 300+ page rulebooks are shown those measly 7 pages and are amazed by how quickly they'll be able to jump into the system. So, obviously, I'd like to replicate that virtue.

But I have more content to add in. While many gamers prefer "rulings over rules" and don't want the game to tell them how to do every single last tiny activity imaginable, the implication is that they'd rather come up with their own rules for those activities. Maybe on the fly, but their own rules nonetheless. These same people often advocate making sure to use your on-the-spot ruling consistently from then on if possible, meaning that it would best be codified somewhere. Well, while I have shared Brave with the world with the intention of other people using it, it is fundamentally a collection of my houserules for my table. If I played something like 1st Edition AD&D and rejected their rules for an activity, then the substitute I come up with would go in Brave, because Brave is "the rules DwizKhalifa uses in his campaign." I've made a special effort to make the whole thing as modular and hackable as possible, just as most other DIY games do. Just like any good OSR game, nothing will break if you substitute my HP system or my magic rules or how I run wilderness stuff. But on the other hand, I know I'm not the only one tired of buying "incomplete rulesets" because creators are just a little too dedicated to the DIY ethic. In my mind, my own rules wouldn't be worth putting out to the world unless they were comprehensive enough to cover all of my needs. So, yes, it's worth including, say, the rules I use for sailing.

So we have a problem. I want the "core rules" to remain simple and easy to offer up to a player (like how 1st edition AD&D had the Basic counterpart, or how 5E D&D offers free Basic Rules online). But I also want to add more content, and when that sort of content is adopted for your campaign and you find yourself commonly using it, you'll wish it were included in the core rules. I play 5E D&D and ever since Xanathar's Guide to Everything was released, my group has been using the expanded rules and guidelines for toolsets. They're great! But we constantly find ourselves wishing that stuff had just been in the Player's Handbook rather than looking it up in the "miscellaneous other shit we're adding into the game" chapter in a supplement book. I'm sure if 5.5 Edition ever came out, they would relocate that stuff to the PHB. The only reason it wasn't there all along was because those rules didn't exist in 2014.

So how do I package all my content? I have a few ideas, so strap in.

A Fracture in Old-School Philosophy: Barbarian or King? 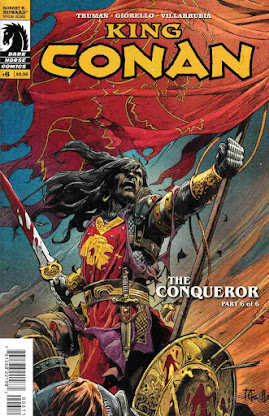 Maybe I'm not the first to observe this, but there is a notable dividing line in the Old-School tradition of play (as far as I can tell): are you more interested in playing Conan the Barbarian or Conan the Conqueror-King?
See, on the one hand, the vast majority of people I know who play OSR games, talk about OSR games, make OSR games, etc. all seem far more interested in being "the Barbarian." They talk about how modern high fantasy gaming is too caught up in these drama-centric stories of grand, world-shaking stakes and superheroism and PC-focused plots and blablabla. That their preferred way of play, and the true ways of old are the Sword-and-Sorcery tradition of, to put it bluntly, murder-hoboism. To be a little more generous, that D&D should be a picaresque. In a low fantasy world where morality is grey and lethality is high, the "heroes" are wandering sell-swords and rascals scraping by on a few copper coins at a time. Every time they come into a significant fortune of treasure they blow it all on booze and hookers immediately. They never stay in one place for too long, and they generally get by on their cunning. If they do get permanent boons, it's usually in the form of powerful magic weapons and blessings. "All characters are rogues" you might say. Conan the Barbarian, Fafhrd and the Gray Mouser, Cugel the Clever, and so on are our archetypal examples. But also, like, the Wandering Ronin, the Man With No Name, Hellboy, Geralt of Rivia, the heroes of Manly Wade Wellman, etc. Gold-as-XP and Carousing rules are the pillars of design elements that support this style of play, because they reward you for stealing treasure above all else. The essence of adventure to these players. They play in sandboxes because they need the freedom to explore.
Read more »
Posted by Dwiz at 11:13 AM 3 comments:

I didn't expect to write even one of these articles, let alone 3. Well, you can't have elves without elf-types, so here are my versions of the three classic elf subraces (High, Dark, Wood) for Underworld. Please see the last post of this series here. I'm basically writing down every solid idea I've had so far, but the more I write, the more I feel like this trichotomy will inevitably be deconstructed. I began charting factions and races in my setting and started expanding the list exponentially, so each region of the world would have a good variety of unique societies. And so... just one type of High Elf, Dark Elf, and Wood Elf stopped being sufficient. I'll instead likely create a matrix of two axes: light to dark (with a neutral zone in the middle) and Seelie to Unseelie (with a neutral zone in the middle), creating 9 basic types of elf. Except that, obviously, there are more elf societies than that. Hoo boy, I've really gone down the worldbuilding rabbit hole. But in any case, I can right now offer up "the classic three," good for most elf purposes.
Read more »
Posted by Dwiz at 8:31 AM No comments:

Getting Classy with Equipment

So I find myself in a weird place in this hobby. For years I played a regular weekly campaign, over a decade, going from 3.5 to pathfinder to 5e, until life and work got in the way a few years ago. Since then it feels like life keeps opening the possibility for rpgs to re-enter as a major part of my life as new people discover the hobby and new ways to play become viable, but then there’s the other obstacles that have popped up in the last year or so too…

But where I am now is playing 5e occasionally with adventure league players (fun times, but we all know how restricting that is) and introducing people to the game with Knave. This blogs’ main author has brought up the game before, and has even gone so far to introduce his beefed up hack, Brave. Knave has given me a great opportunity, it’s nearly removed the barrier of entry to play. It’s dnd where you can sit down without any understanding of the rules and keep up with everyone else. While other games are similarly simple, knave also has the benefit of feeling more like regular classic dnd than most. People I never thought would be interested in the game finally understand just what us nerds are doing, it’s great.

This leaves me with an interesting situation: I have people who want to play more, but there doesn’t seem to be much of a point to teach them “real” dnd, but I’m noticing the limits of the game. It’s not really built for the campaign. As a Referee it’s the perfect system, but nearly all of my players wanted more toys to play with, they all wanted class features and spells. For a player to really get invested in a long term adventure they’ll want to see their characters grow and improve, they will want to see their stories unfold—and I find that having mechanics to reflect that helps drive a story home helps out new players especially, it’s easier to be reactive than active.

Read more »
Posted by TheGumYouLike at 12:24 PM No comments:

Elves Part 2: The Elfs of Underworld 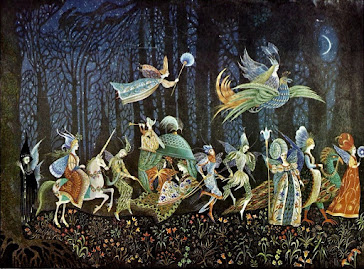 Following up on previous posts about the lore of races in Underworld, here's everything I know about elfs in my setting so far. I already vomited out my thought process on elves in my last post, so below is the stuff I've actually settled on.

The bad thing about spending so much text describing your influences is that you kind of blow your load on a lot of the neat ideas. I'll try not to re-cover too much of the same ground, but you'll definitely see a lot of the qualities discussed in that last article finding their way into my elfs quite pervasively. You may even need to just assume some of the discussed ideas hold true of my elfs, through inference. But below, I'm gunna focus on the more novel stuff. I'll start with traits universal to all elfs before getting into subraces. And yes, I am, actually, going to roughly retain the traditional D&D trichotomy of elves: High, Dark, and Wood. It helps maintain basic player expectations for what they can play, even if they aren't well-versed in the setting-specific details yet.