How to Make Combat Spicy

I have bigger, better articles in the works but I noticed my output has slowed down, so back into the vaults I go. I've dug up this list from many years ago and adapted it. This was inspired by a recent claim I made that there's such a thing as "system-agnostic combat encounter design" that you can and should learn, which many people were resistant to. Here was the original pitch I wrote for this:

I've talked to many people who think that combat in 5E isn’t really fun. There are many arguments for this, some of which are perfectly valid and some of which just come down to subjectivity, but by far the most common argument is this: they say that because it removed so many mechanical elements from the process (e.g. flanking mechanics, using miniatures and grids by default, having to take feats and shit to move in conjunction with an attack, having to spend actions on drawing weapons and reloading crossbows and shit, no full-round attacks, etc.) that there aren’t enough options in combat to keep it interesting. And they say that, because of this, every combat is just, “I make a basic attack. ...I hit. …alright I attack again. ...I hit. ...alright I attack again. ...I missed" for like 10 rounds.

But I can’t say that I agree. My own group doesn’t have this problem and it’s not like we're working that hard to avoid it, either. No, it doesn't have a bunch of "cool power buttons" to press like 3.5E and 4E. But you still can do all sorts of creative things as long as you think of something useful and cool other than “basic attack,” and the DM thinks they can run with it.

The goal of 4E D&D was to have the rules do all the heavy-lifting for you. It has intrinsic tactical depth, but the effort they put into that came at the expense of pretty much everything else. 5E asks you to put in some extra work if you want to have an action-oriented adventure, but it does so because it's also granting you the freedom of tactical infinity.

To put it shortly, are you really all that surprised that your combat hasn't been fun when you keep throwing your players against 5 regular goblins in a blank, flat room with no secondary goals or complications to the situation? Doesn't it feel a little silly to blame the rules when that ends up being a boring experience?

Of course, I know you believe me. You know what I'm talking about. There've been many other writers who've developed some theory as to what makes this work. Chris McDowall has "Information, Choice, Impact." Patrick Stuart has "Game vs Threat" (found in his book Silent Titans. [EDIT: I've decided to just splice the page in at the bottom of this post since it was bugging me that I couldn't find anything about it on his blog]). The Monsters Know What They're Doing has made a career of their theory. Runehammer has a great series on "Room Design" that covers what I'm talking about. 4th Edition D&D made use of one of my favorite game design concepts innovated by DOOM: "Orthogonal Unit Differentiation" (watch that video, it rocks). I even once claimed that there are literally only two enemies you ever need (which is a lie, but a good lie).

But this was my own effort from years ago that I think holds up pretty well. It's just a list. Not a theory or a formula, just a list of elements to include.

I split this into three categories:

Sometimes there's overlap. You should make sure you have something from at least two categories in every combat, if possible. These lists are by no means exhaustive, but if you plunder from each of them a few times then you'll see their value and you'll begin to develop your own ideas that aren't included in them.

This is the least valuable list because if you're playing a combat-focused game then it probably already comes with monsters that have this stuff built in (hopefully). There are basic tools like giving them immunities, vulnerabilities, legendary actions, etc. but I'm going to list ones that aren't necessarily going to show up in your game on their own just by always picking the most common options, and which you might need to add in yourself if the monster stat blocks are too boring.

Whereas you can take most of the monster suggestions and put them into the monster statblocks that you'll be dropping into your game, the environmental traits I list below are probably going to have to be decided on ahead of time as you sculpt areas of play like dungeon rooms. You could make some random tables to generate these on the spot and then insert them into whatever combat breaks out mid-session, but a lot of them work best when they have some forethought and are chosen specifically to fit the greater location they're used within.

Oh my lord I could keep going and going and going and going. Another handy list is one I included in the "Dungeon Resources" page of my RPG Brave (link to the main page for that here, where you'll find the PDF). It's a table of architectural room types like "mezzanine" and "stairwell" so that, even if there aren't any of these neat interactable elements, the shape of the room itself opens opportunities for interesting gameplay (not to mention, seems more believable as a real architectural space).

This is the one that I honestly think is possibly the most valuable and the least frequently used. The number one flaw is that, too often, the only goal in combat is simply "kill everyone on the other side." For most of my life that I've been running games, that has made up a small minority of all the combats I've run. There are so many other possible goals. And even if the goal is just "kill everyone else," then there are also many constraints and complications that can affect the situation in interesting ways.

In summary, in your next 5 combat encounters, try to include at least one item from each list. Don't overdo it, but don't just roll randomly either. Read through them and pick the ones that seem spiciest to you, or at least complementary to some monsters you're about to use. After that, if you're still unsatisfied, then go ahead and begin exploring some other rules for combat from systems other than the one you're playing. There's a lot of really amazing stuff out there for you to plunder and I encourage you to do so, but first I just want to make sure the problem has been diagnosed correctly. 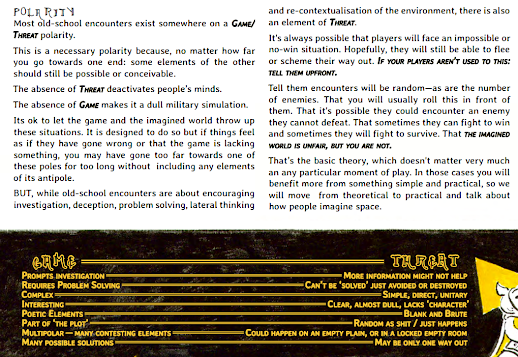