Traits of the Mythic Underworld 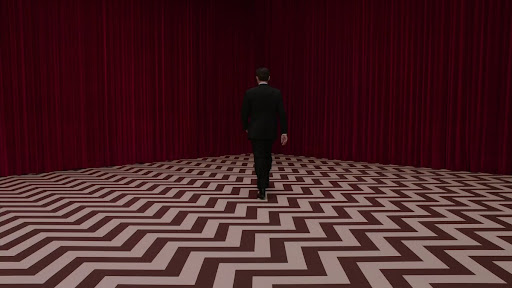 The "Mythic Underworld" is a term popular in the OSR that I believe was coined by Jason Cone in Philotomy's Musings. Cone argued that the rules of OD&D can be interpreted to suggest that the "dungeons" that adventurers delve into aren't really to be understood as real, logical spaces created by normal people or natural processes. Rather, they're more like a surreal, dreamlike, and hostile realm that runs on its own twisted logic, which might be inconsistent. It gives the referee some leeway to make a contrived, game-y, "funhouse" dungeon instead of stressing about accuracy or rationality.

Much of what Cone describes are just traits of megadungeons, or even simply dungeons in general. Things like, "non-linear pathways" and "lots of connections between levels" aren't really mythic, they're just good level design. So, extracting from his original writings on the matter, here are the traits he identifies that are actually mythic (in my view):

And... that's it. I always thought this idea was much cooler in theory than in reality. I agree with Cone that this is really the only reasonable way to interpret the rules, but I always wanted there to be more. So I've compiled some:
It's a start. Now of course, I don't necessarily advocate only using the Mythic Underworld. I quite enjoy "reasonable," well thought-out dungeons. But if you're going to make a Lynchian funhouse, then you should commit. In the Mythic Underworld, the dungeon is a living organism and the PCs are an infection. It has its own natural immune system that wants to drive them out. For the PCs to feel as though they're fighting the environment itself, I think it needs to put up a better fight.